Florence Arman returns today with an incredibly honest yet emotional, self-reflective alt-pop single “Stupid Heart;-on-the-sleeve to its very core and  playful lyrics at  its core, it carries great odds of being the most catchy brand new song you’ll hear today.

Speaking about the song, Florence said  “Stupid Heart’ is the first song I wrote about family stuff.  Being the youngest in my family I think I’ve inherited a bit of baggage, which is normal I think and totally fine, but then again I still want to be able to write very dramatic songs about it.”

Florence’s debut EP ”Out Of The Blue” out last year was supported on BBC Radio 1, The Line of Best Fit, Clash, COLORS, and Dork Magazine.  She has since begun touring extensively in 2022 including pitstops at The Great Escape, Eurosonic, and more recently at  Mad Coo. She also toured with Dadi Freyr.  She is also confirmed for Reeperbahn and Lollapalooza, both in Germany. Florence will also support indie superstars Milky Chance on their European tour dates in October. All upcoming  dates are listen below;

Florence Arman is an established singer-songwriter and no stranger to the international pop scene, having worked with artists such as Rhys Lewis, The Kooks, Barns Courtney, G-Flip, Bakermat, John Martin, filous and Harry Hudson to name a few. Over the last year she has established herself as one of the most promising newcomers with her intimate, yet witty and light-hearted artist project. She writes all her songs alone and works with a close team of producers to finish them. She comes from a family of English musicians, her father is a conductor and composer, her mother a vocal coach, one of her brothers a jazz guitarist and the other is a songwriter/producer. Arman released her debut EP in July 2021 is now working on another 7-track EP that will be released this year. 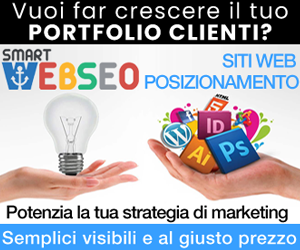